Edes was convicted and placed on probation for a period of ten years for the first degree felony offense of injury to a child by omission.

Edes pleaded guilty for the offense that took place on Jan. 3, 2011 and was sentenced to ten years in the Institutional Division of TDCJ, but the sentence was probated for ten years.

Edes was indicted by a Donley County Grand Jury on Jan. 4, 2012, a year after her grandson Chance Mark Jones died after being severally beaten by Robert Monore Babcock, Edes’ son.

“With this plea of guilty, Edes takes responsibility for not seeking the medical care for her helpless grandson who needed someone to get him out of one of the most unimaginable situations for anyone, much less a four year old,” said Inman. “If Edes would have taken Chance to the doctor, he might be with people that truly loved him today.”

Pursuant to the plea agreement, Edes is required to pay a fine of $10,000 to Donley County, $385.50 in court costs, complete 400 hours of community service, and serve 90 days in the Donley County jail as a condition of probation.

“Edes is just as culpable as to what happened to Chance in the end,” said Donley County Sheriff Butch Blackburn. “Babcock is who beat Chance to death, and Edes didn’t take him to the hospital when she knew that’s what Chance needed the night before the last serious assaults were committed by Babcock on Chance.”

Babcock was convicted by a Hall County jury in May and was sentenced to life in prison without parole.

A jury trial was scheduled for Edes in Donley County for August, but was postponed to Oct. 23 due to the medical condition of the Defendant, according to court documents.

“The injury to a child case by omission was not something that we could file immediately due to factual and legal hurdles we had to overcome,” said Inman. “It’s not as simple as going forward against the perpetrator who actually committed the assault. There had to be forensic medical testimony that would support the injury occurred as a result of not seeking medical attention, and that part of the investigation took time.”

Edes is also required to pay restitution in the amount of $4,500 to the Crime Victim’s Fund for expenses that office incurred for the funeral and burial of Chance. 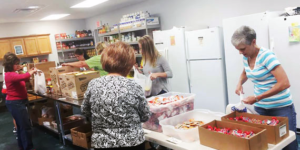